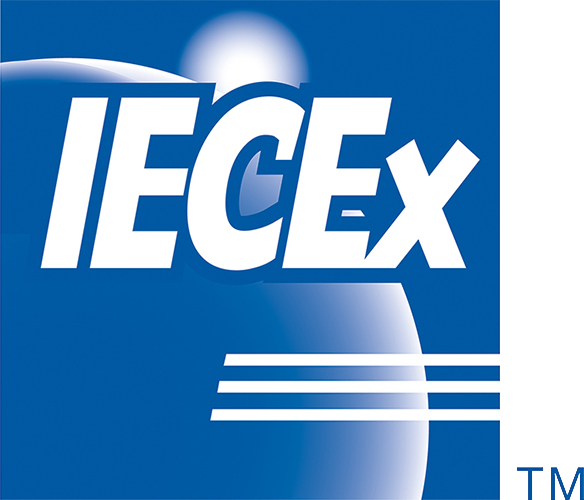 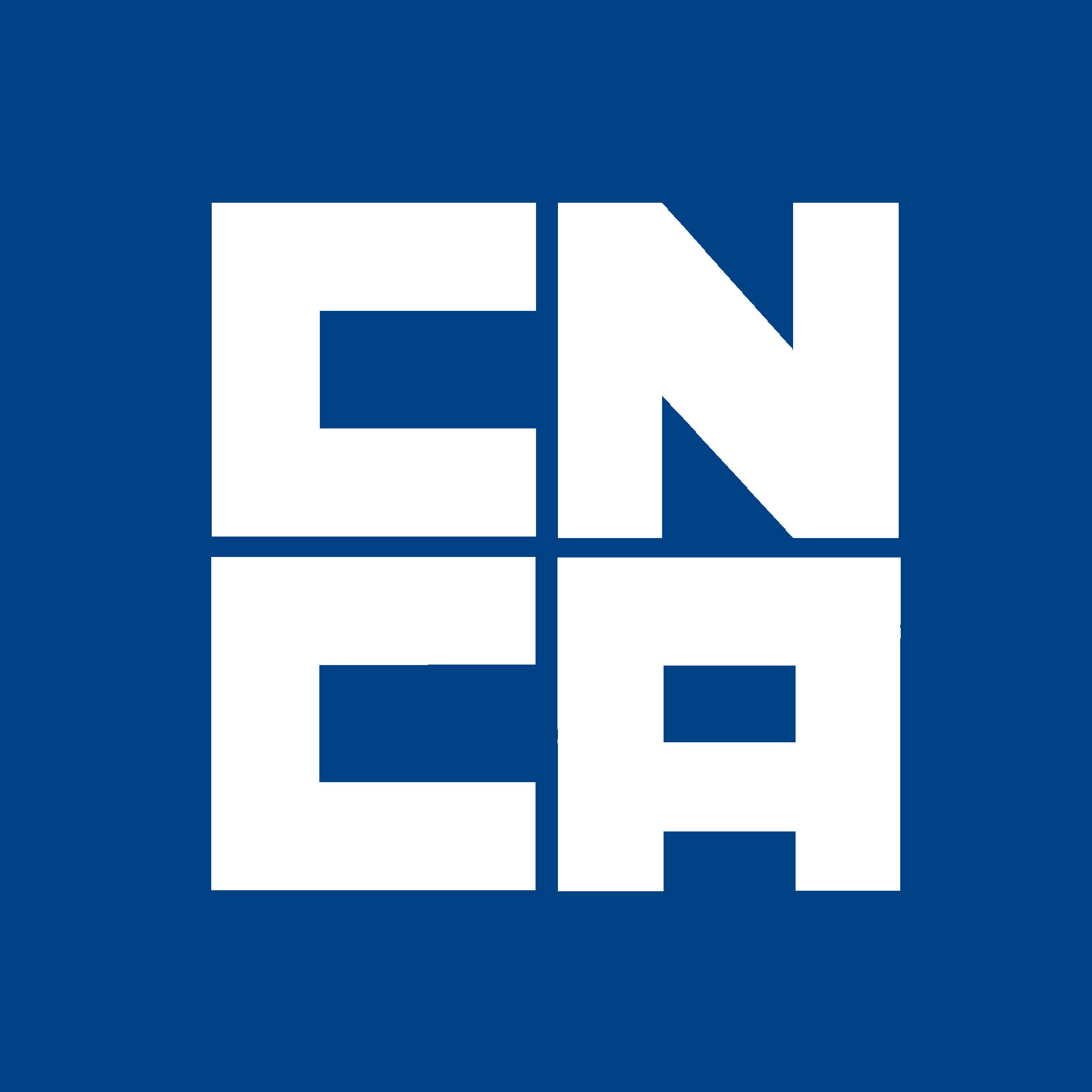 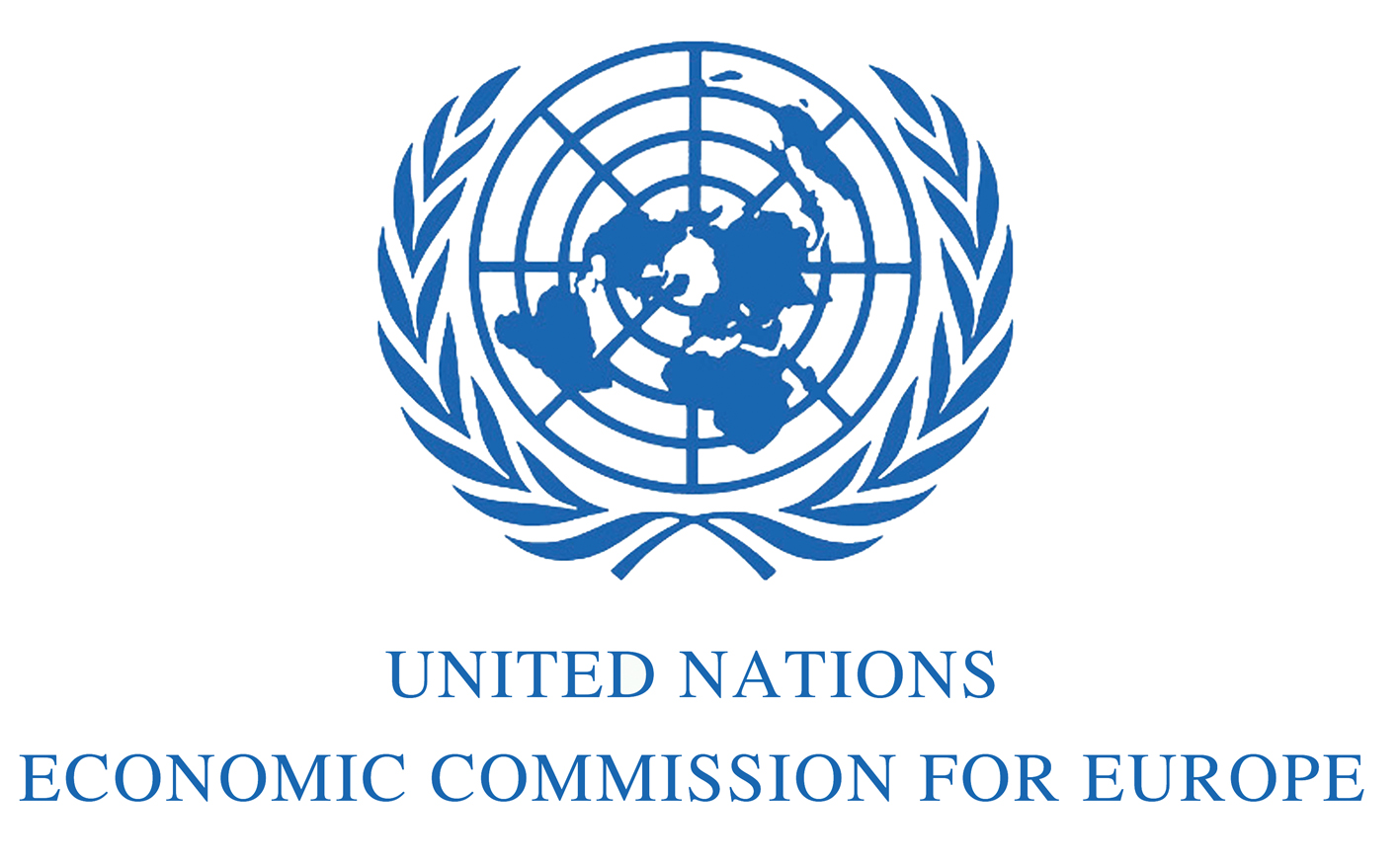 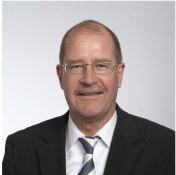 Dr Spindler began his three-year term as Chairman of the Conformity Assessment Board and IEC Vice-President on 1 January 2015.

He was also Chairman of DKE/TBKON, the German Mirror Committee of IEC/CAB and Chairman of the Steering Committee of the German Accreditation Body Technology (DATech), which was responsible for accreditation of testing laboratories and certification bodies in the electrotechnical field.
From 2003 to 2007, Dr Spindler was President of the European Committee for Electrotechnical Standardization CENELEC.
In 2008, he was Head of Coordination of Associations EMEA at Eaton Corporation and a member of IEC Advisory Committee on Safety (ACOS). 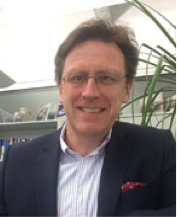 Since 2014 Thorsten Arnhold is the Chairman of the IECEx System. He is working for the German Manufacturer R. STAHL for almost 23 years.

His current position there is VP Technology. Before this he was responsible for the Quality Management, the Design department and for the Product Management and Marketing.

From the very beginning of his carrier at STAHL he was strongly involved in numerous activities at IEC TC 31 and IECEx.

He gives lectures of Technical Sales and Marketing at the Ernst Abbe University of Applied Science in Jena. 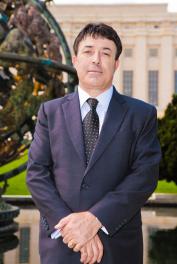 Executive Secretary of IECEx holding the Secretariat position since the system began some 19 years ago. He has a long standing involvement in the development of National and International Standards and Certification systems. He held various key positions within the Standards Australia Group including those associated with the development and management of Product and Service related certification schemes, including the AUSEx and ANZEx Schemes and the IECEx System.

Chris has qualifications and experience in Electrical Engineering with experience in Ex installations and Engineering testing and investigation and is a long standing Registered ISO 9001 Quality Systems Auditor and an IECEx Lead Assessor. In addition, Chris is also Executive Secretary of the IEC Conformity Assessment System for Quality Manufacture of electronic components. 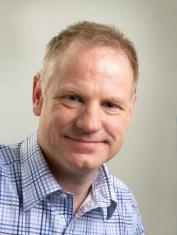 Colin is a founder and Managing Director of Mutech Limited, an electronics product design and manufacturing service company in the UK specialising in intrinsic safety and functional safety. Mutech was established in 1985 and has been designing and manufacturing intrinsically safe equipment for their clients since 1992.

Colin is Convenor of TC31 maintenance team for IEC 60079-11 Intrinsically Safe Equipment standard, member of the maintenance team for IEC 60079-25 Intrinsically Safe Systems, Chairman of the UK National Committee for IECEx, member of UK national mirror committees for IEC/T31 and IEC/T31/SC31G Intrinsic Safety, vice-chairman of the Technical Committee for the Association of British Mining Equipment Companies.

Colin gained his honours degree in Electrical and Electronic Engineering from Manchester University. 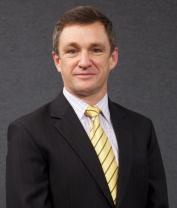 Prior to this role, Mark worked as:

Over the 26 years in industry he held senior positions across production management, technical, marketing and R&D functions. 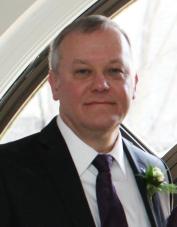 Is a Senior Product Certification Specialist for DNVGL.

He is the Chairman of IEC Technical Committee 31, Equipment for explosive Atmospheres, the Liaison to TC 109 on insulation coordination and the Convenor of working group 32 on creepage and clearance distances, as well as a member of six other TC 31 standards maintenance teams.  He served as the Deputy Technical Advisor for the US National Committee to the IEC for more than 10 years.  In 2014, he was awarded the IEC 1906 award for his contributions to working group 32 and TC 31.  He serves as an ex-officio member of the Management Committee for the IECEx system.

Mark has been involved in US and IEC standards since the early 1990’s.  He was a member of the ISA Standards and Practices board and Managing Director of the ISA12 committee on Electrical Equipment for Hazardous Locations and the ISA 92 committee on gas detectors for 12 years.  He was the 2010 recipient of the society Standards and Practices Award for leadership in the development of international standards for electrical equipment in hazardous locations and gas detection instrumentation. 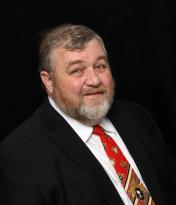 Marty Cole is an IEEE Senior Member, an IAS and IEEE-PCIC Standards member. He is a member of the Canadian Electrical Code (CEC) Part I - Section 18 Subcommittee, chair of CSA’s Integrated Committee on Hazardous Locations (ICHL) and leads the Standards Council of Canada (SCC) committee to IEC TC 31. He is member of CSA TC419 (Technical Committee on the Performance of Lighting Products), NFPA 820 and participates in the API 500 and 505 working groups along with many other industry standards.

Marty is the Canadian Alternate to the IEC Conformity Assessment Board (CAB), a member of numerous IEC TC 31 (IEC 60079 Standards) maintenance teams and is the Convenor of a recently formed committee to develop a standard on Personnel competency.  He is a member of several IECEx working groups and, and Convenor of IECEx ExMC WG1 (Rules Committee).  He has authored, co-authored and presented many technical papers on multiple hazardous location topics for IEEE-PCIC, IEEE-ESW, IEEE-ESTMP, PCIC-Europe, PCIC-Middle East, IEEE-GCC, IEEE-IAS Magazine, ISA and other industry publications and forums. 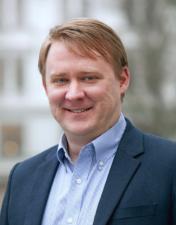 Mr. Eklund has a master’s degree in Engineering Physics. With a background in the electronics industry he has worked for several years with supporting customers in Asia and Europe. Mr. Eklund is the Korean country manager of Trainor since 2014. 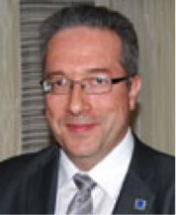 Joined the Electrical Safety & Certification Department of INERIS in 1995. Twelve years later, he joined the INERIS Certification Management and became Certification Officer and Technical Advisor of all Ex Certification Schemes (ATEX, IECEx, Saqr-ATEX and Ism-ATEX).
In addition, he has in charge the following of ATEX Directives, IECEx system, Ex standardisation and relationship with International Testing Laboratories and Certification Bodies.
He is Vice-Chairman of the European Notified Body group (ExNB) since four years.
Regarding the standardisation, he is Chairman of the French TC31 and member of many IEC TC 31 Maintenance Team. He was also the Project Leader of the first ISO/IEC standard in the Explosive Atmosphere field, the ISO/IEC 80079-34 dealing with Quality System for Ex Equipment manufacture. Last year, for his active contribution he received the IEC 1906 Award. Today, he is in charge of the new ISO standard regarding Non-electrical equipment.
Regarding IECEx System, last year he became IECEx Leader Assessor for all the four schemes. 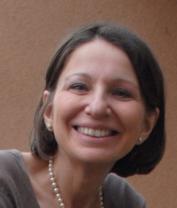 Early in her career she provided training and advisory services to negotiators of free trade area agreements and published several articles on the topic of regional integration. More recently her work has focused on the deep aspects of economic integration, in particular overcoming technical barriers to trade through the approximation of technical regulations.

Since April 2008, she is the Secretary of the UNECE Working Party on “Regulatory Cooperation and Standardization Policies”, which develops recommendations and best practice in technical regulations, standardization and all related fields.

She developed a number of initiatives bringing the United Nations and the “standards community” together. For example:

Lorenza is the author of over 20 publications including “Risk Management in Regulatory Systems”, “Standards for Disaster Risk Reduction”, “International Regulatory Cooperation: the case of UNECE”. She has contributed to over one hundred UN reports including many interagency publications. 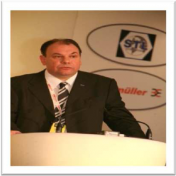 Has more than 26 year’s active experience in electrical explosion protection. Since 1990 he is working in the BARTEC Group in different positions, from Sales Engineer to Product Manager, Business Development Manager and today Technical Manager, responsible for specific Conformity Assessment and Ex authorized person within BARTEC.

Karel is an involved member in several TC31 project- and maintenance teams and in IECEx as a representative for the manufacturers.
As sideline job, he is teacher at BARTEC Safe.t Academy in Germany as well at NCOI Education NL, organizing training modules as a Recognized Training Provider for Ex protection based on IECEx05 in Dutch, English or German language. 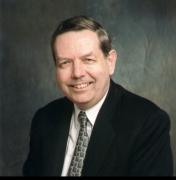 Has been active in the certification of equipment for use in Hazardous atmospheres since 1975, always based in Buxton in the UK, initially as part of the Health and Safety Executive (where he became Technical Director for the Certification Service) then as Managing Director of Baseefa when the activity moved to the private sector.

In 2011 he was awarded an MBE for services to certification and standardisation, as well as receiving the HazardEx Personal Contribution Award. In order to facilitate the growth of the Baseefa business and extend world-wide reach, he and his colleagues completed a sale of the business to the SGS Group, the largest testing, certification and inspection body in the world, with Buxton being the centre of excellence for Ex of the entire SGS Group.  In this expanded group, he is now the Technical Manager of SGS Baseefa Ltd. 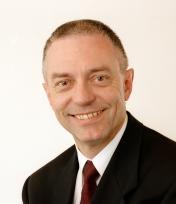 Born in 1950, studied mechanical engineering, electrical engineering and business administration in Basel, B.Sc. diploma. The company, which was founded in 1932, has been manufacturing explosion-proof electrical apparatus since 1955. In full charge of the company since 1977.

Field of work: Design and production, installation, inspection, maintenance and repair of electrical apparatus for gas and dust explosive atmospheres in all types of protection. 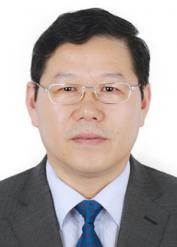 Graduated in Electrical Engineering and Automation from Jiangsu University in 1984. Employed at Shanghai Inspection and Testing Institute of Instruments and Automatic Systems (SITIIAS) / National Supervision and Inspection Center for Explosion Protection and Safety of Instrumentation (NEPSI), and mainly engaged in R&D of process automation instrumentation, as well as explosion protection technologies, testing and certification of electrical equipment for use in explosive atmospheres, and site inspection on explosion protection and safety of engineering projects/plants.

As a young science and technology expert honoured by the former Ministry of Machinery Industry, an expert enjoying special subsidy awarded by the State Council and a national outstanding scientific and technical worker nominated byChina Association for Science and Technology, he is now the President of SITIIAS and Director of NEPSI; ViceChairman of National Standardization Committees on electrical apparatus for explosive atmospheres, and industrial process measurement and control and automation; ExTAG Chairman of IECEx system; IECEx lead assessor; Senior member of Committee 12 electrical equipment for hazardous locations” of the International Society of Automation (ISA); Member of the Council of China Instrument Society (CIS); Concurrent Professor of East China University of Science and Technology;  Chartered Engineer of the Engineering Council of UK; Work Safety Expert of Shanghai Municipal Government.